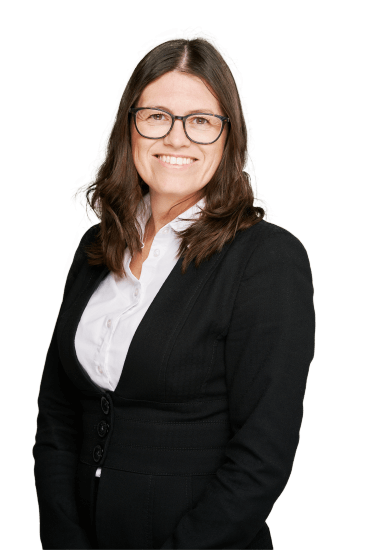 Michelle is Head of Crime and specialises in Criminal Defence. Michelle joined Johnson Astills in 2005 as a paralegal. She secured and completed her training contract and qualified as a Solicitor in 2008 and as a Higher Court Advocate in 2011. Michelle was made Associate 2015 and then Partner, now Director, in 2017.

Michelle attended De Montfort University where she obtained her Law degree in 2003 and completed the Legal Practice Course in 2005.

Michelle is an experienced Higher Court Advocate, regularly providing representation at the Youth, Magistrates and Crown Court. Michelle also provides advice and assistance at the Police Station. She also advises in relation to all aspects of Prison Law on a private paying basis.

Michelle specialises in all aspects of Criminal Defence including:

Member of the Solicitor’s Association of Higher Court Advocates (SAHCA).

Member of the Association of Regulatory and Disciplinary Lawyers (ARDL)

‘I am perfectly satisfied with the way the case was handled. My solicitor was very efficient, easy to communicate with and was very clear on what the outcome would or could be and who worked well.’

‘I cannot fault my experience with Johnson Astills Solicitors. Throughout this difficult time I was made to feel secure, supported and validated - money can’t actually buy these things.’

‘Thank you so much. We needed your help and support in such a vulnerable time in our lives.’

‘Having had experience of your organisation, my confidence in you grew. I would have no hesitation in asking you for any necessary representation in the future. Relatives and friends have already been told of my satisfaction. Thank you and well done!’

‘Although our partnership was under unpleasant circumstances, working with you make it a pleasure! I can’t thank you enough for making these months a positive experience as I always was assured of your support in the background. I will not hesitate to recommend you highly to anyone who needs your services.’

‘Thank you for your kindness. Sometimes it is not easy when you are trying to express how you gave us happiness. A very big thank you!’

Blood Alcohol Testing: Is PEth is leading the way?

You may be asked to engage in blood alcohol testing. This has now become an essential part in providing an insight into an individual’s alcohol consumption and providing an evidential picture within proceedings before the Family Court. In Family cases...
Read more

Purchasing a property is one of the most important decisions that you will ever make and doing it for the first time can be daunting. Here at Johnson Astills, we are here to make the journey as smooth as possible.  The process can be time consuming and...
Read more

WHAT WILL SHOW UP IN MY DRUGS AND/OR ALCOHOL TEST?

If the Local Authority has concerns about your suspected alcohol or substance misuse, they may well ask you to agree to be tested. There are several different ways to test for alcohol or substance use, each of which will be further explored within this...
Read more
Your choice regarding cookies on this site

Some cookies are essential, whilst others help us improve your experience by providing insights into how the site is being used. The technology to maintain this privacy management relies on cookie identifiers. Removing or resetting your browser cookies will reset these preferences.